City Island is chock full of antique shops, art galleries, and seafood restaurants, most of them arrayed along City Island Avenue. 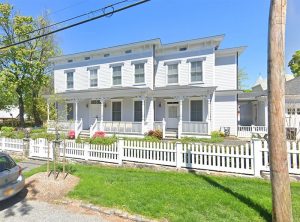 Located on a spit of an island in Eastchester Bay in the extreme northeast Bronx, City Island is a transplanted New England fishing village seemingly beamed into the New York Metropolitan area. City Island was privately owned, first by the Pell family and then by the Palmer family, from 1654 until it became a part of the town of Pelham, in Westchester County, in 1819. The island became a part of New York City in 1895. City Island Avenue is a street grid is arranged much like a fish skeleton, with City Island Avenue the spine and the 24 streets intersecting it as the bones, making exploration on foot easy.