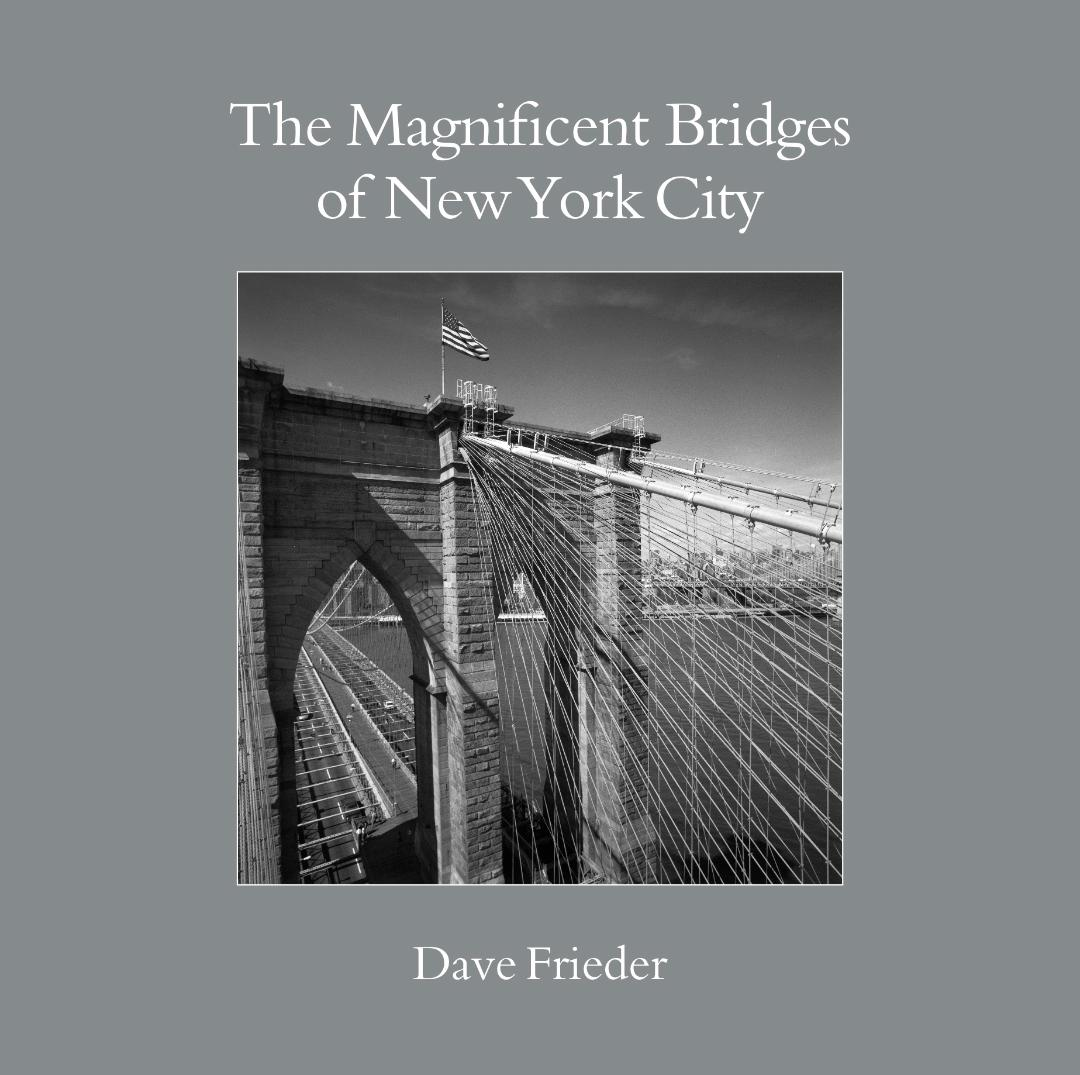 See New York City’s Magnificent Bridges as you have never seen the before!

“Dave is an audacious and passionate artist whose hard-earned images of the bridges of New York City disclose a stunning new dimension to our municipal infrastructure,” Kriss Roebling, descendant of Brooklyn Bridge building John A. Roebling.

We have all waited for this evening for more than 20 years. This project was started before 9/11, and since that date access to, and photography of, most of New York City’s great bridges was all but impossible. Dave persevered, and over time restrictions relaxed.

This is the result of a lifetime dedication to  his art and profound admiration to the ratified fraternity of the great Bridge Builders.

Dave’s book, The Magnificent bridges of New York City, will be available for purchase that evening.

The book is for sale at $60. Dave will personally inscribe your book.

Dave in his own words: My Passion of Photography

Then I said to myself, I have heard about this fellow, Ansel Adams and I must find out more about his work. So I called the Ansel Adams Gallery in Yosemite National Park and they had me contact Jeff Nixon, who was Ansel’s workshop assistant. After talking with Jeff for about one year, he invited me to take a few workshops with him.

At one of the workshops, I met Morley Baer, a very accomplished photographer and had worked with Ansel and Edward Weston. Morley wrote to me, “Dave, your photographs reflect much work and understanding. Put your excitement to work on a subject that you care dearly about.”

This made me think. Then I remembered that John had taken his 4×5 camera to the top of the Golden Gate Bridge. Those photos were magnificent! I had no idea on how to start but things just went along . Most people can’t believe my fearlessness of heights.

I began to study bridges and began to realize they are engineering marvels. For me, being able to “Feel The Steel” was a way of understanding how and why bridges work and function.

Admission $5.00. Register here: https://astorialic.org/monetary-donations/  Tickets at the door will be $10.00 cash.

Dave is selling his books for $60 cash.

For further information on Dave go to his website: https://davefrieder.com