BOOK SIGNING: ALL IN THE FAMILY! 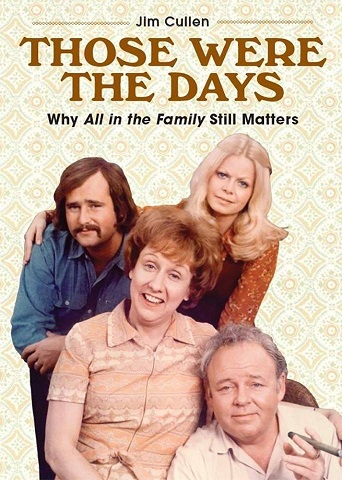 All in the Family Lecture and Book Signing

All in the Family was a widely popular but controversial show that aired in the 1970s. The Bunker Family lived in our own backyard in Astoria and frequently talked of Northern Boulevard and Steinway Street.

Jim Cullen, author of Those Were the Days: Why All in the Family Still Matters, will be discussing the Bunkers and why they were so popular. If you have never seen the show or want to reminisce one of the episodes will be shown at the event.

The book will be available for purchase that night.  Once again, we partner with The Astoria Bookshop, & they will be onsite with these books to sell at the program!

Born in Queens, Jim Cullen attended public schools on Long Island. He received his B.A. in English from Tufts University, and his A.M. and Ph.D. degrees in American Civilization from Brown University. He has taught at a number of colleges and universities, including Harvard, Brown and Sarah Lawrence College, and currently teaches in the History Department of the Ethical Culture Fieldston School in New York City.