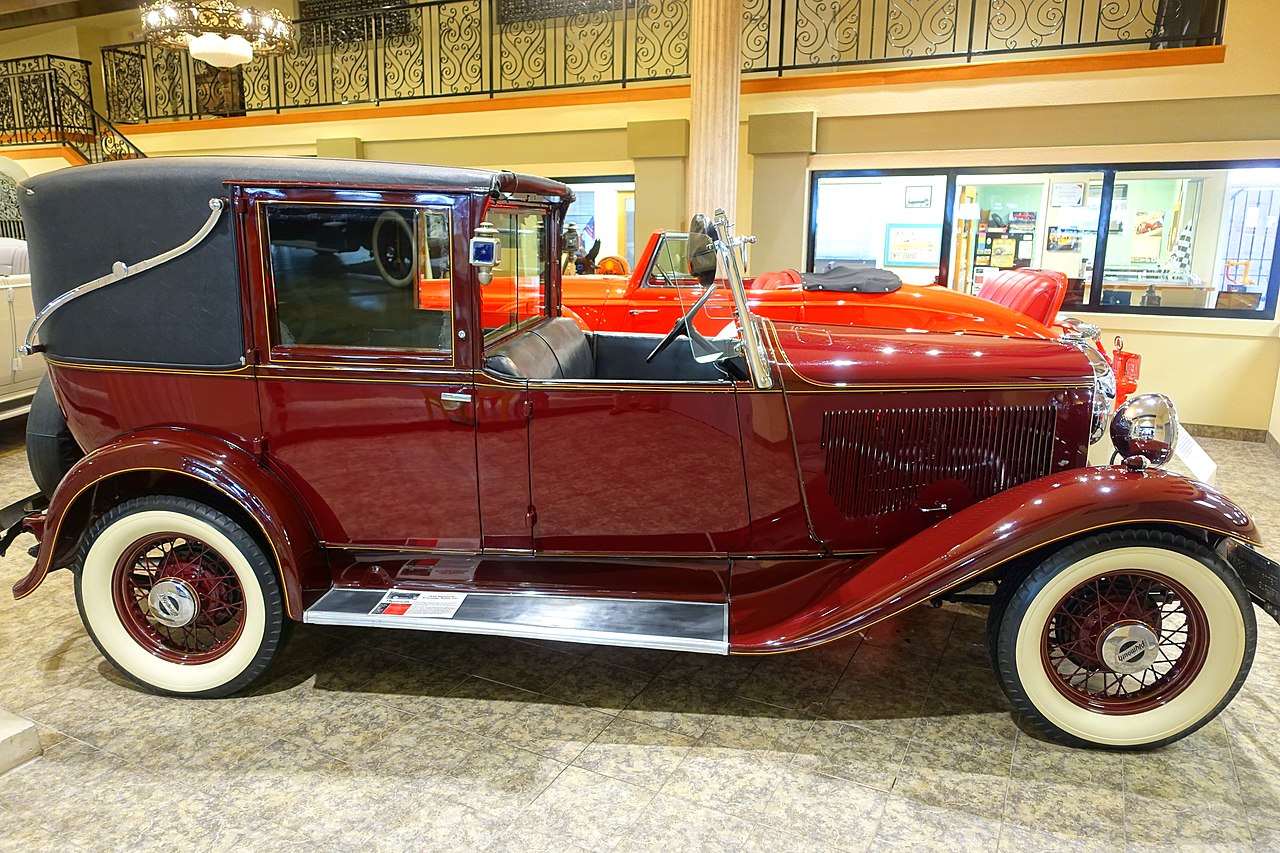 This is a story that the late Alan Baum, whose father was a key employee of the Brewster Automobile Company, sent to the Greater Astoria Historical Society some years ago. The former Brewster Building, at 27-01 Queens Plaza North, is now the home of Jet Blue.

The Brewster Carriage Company was founded by James Brewster, a direct descendant of Elder William Brewster of the Plymouth Colony. He was born in 1788 and while he could have gone to the college of his choice, he was a disciple of Benjamin Franklin and chose to apprentice himself to a carriage maker in Northampton, MA at age 15, In 1809, he was traveling by coach to New York when the coach broke down in New Haven. While waiting for repairs, he visited a local coach maker, John Cook, and went to work for him. A year later he opened his own business. He was very successful and opened branches in Bridgeport and New York City. He had two sons, James and Henry who took over the business when he retired in 1856.

Henry enjoyed the good life and moved the headquarters to New York City. Henry had a son, William Brewster (WB), who, like his grandfather, refused college and apprenticed himself to the company at $5.00 a week in 1883. He soon took over the company, which apparently delighted his father. In 1898, my father, 12 years old, joined the firm as office boy. At that time the firm was located in the Times Square area.

The firm had been enormously successful. One of the stories told is that someone once remarked that Brewster’s was the Tiffany of the carriage companies. The other person is said to have replied that quite the contrary, “Tiffany is the Brewster’s of the jewelry business.”

For some reason, WB took my father under his wing and trained him. Brewster’s had slowly shifted from carriages to automobiles in the early twentieth century. At that time, many of the automobile companies made the chassis and one hired someone else to do the body. Almost all of the American Rolls Royce chassis had the bodies put on by Brewster’s. They did the same thing for other automobiles including a French manufacturer and even an occasional Ford, in addition to their own car, the Brewster.

In 1910, William moved the headquarters and facilities to Long Island City and built Brewster building on Queens Plaza. During World War I, Brewster was involved in aviation. At that time, their main product was propellers which were made of wood and they were experts at woodworking. In addition many portions of the early planes were made of wood. In the meanwhile my father was steadily rising in importance in the firm. WB encouraged  him to spend some time with other firms to see their methods of manufacture.

In the mid twenties, Brewster became more involved in aviation and my father headed that division. Around that time, GM considered purchasing the company but that was never consummated. The Brewster business was in trouble because of the depression and in the mid 30’s WB decided to close. My father handled the closure and managed the building for the family.

One of the tenants was Brewster Aircraft which had absolutely nothing to do with the Brewster family and the family was very unhappy with their use of the name. The head of that firm was a Mr. Work, a former naval inspector. That firm left the building during World War II and merged with Republic Aviation in Farmingdale.

My father was responsible for distributing the records and documents to varied museums. They were fascinating. I remember one was a promissory note signed by A. Lincoln for a carriage he was purchasing with time payments. There was great old Americana: things like the first license plate ever issued by the State of New Jersey and priceless old coaching horns. I do know that some went to the Ford Museum because in 1937 or 1938, Henry Ford came to our house in Flushing to thank my father, whom he knew, for sending them to him. Henry Ford stayed the day and had dinner with my family.

Author: AdminGahs20
Filed Under: Famous People From Queens, Manufacturing
Marcus Loew and Loew’s Theatres
“I once loved a girl” – a Dylan lyric